I was cleaning up my code folder today and came across my JUnzip library. I realized that I added zipping to the "popular" (40 stars makes it my second most starred repo at the moment) library.

It supports "deflate" method is zlib is present, and "store" if not. You can take a look at the zipping demo code to take a deeper dive.

Additional thanks to Björn Samuelsson for his compact CRC32 routines that were used in case there's no zlib.

I've had an iPad Pro 12.9" for some time, and been happily using it for sheet music when playing the piano. However, having to interrupt your playing to swipe to the next page does get annoying. You can get a $100 commercial AirTurn pedal, but since one can get a microcontroller from Ebay/Aliexpress for $4 and a simple foot pedal switch for $2, I thought it would be a fun one evening hacking project. It turned out quite nice:

The sheet music applications on iPad (and Android) usually have bluetooth keyboard support, turning the page when user presses an arrow key or spacebar. So the minimum viable product is just a bluetooth-enabled microcontroller that can pair with the iPad and send a single key upon request.

The ESP32 chip has both WiFi and Bluetooth, and I chose it for this project, as it is readily available in a compact form factor, and it's easy to program with Arduino. Searching [AliExpress](https://www.aliexpress.com for ESP32 should give you plenty of options.

I had a ESP32 board labelled with "ESP32 DEVKITV1" in my parts box, and it was quite easy to set up with this ESP32 tutorial:

Before you proceed with the tutorial, check that you can get the lights blinking or flash some other example code successfully for the board. There are plenty of resources around if you hit into any issues! I had to google the step 4 myself, although it would have sufficed to read the linked tutorial carefully...

A while ago I updated my site to Eleventy.js. This improved my blogging process considerably, as Markdown is quick to write, and especially code samples are easy to copy-paste without any escaping.

I put all my posts into one Github repository. Using Visual Studio Code, I get nice realtime preview, and once I'm done, I just git commit, git push on my computer, and git pull on the server, and regenerate the site with Eleventy.

Now only issue is that one usually finds 5-10 things to change after every post, and while VS Code has great git support built in, even the simple update process gets a bit tedious with commands being run on SSH side. So I started wondering if I could use the Github webhooks to automate the regeneration. Turns out: YES.

Simple Script to Pull Markdown from Github and Regenerate

First component is of course a small shell script to automate the git pull and regeneration. One could do a more elaborate one, but this worked for me server-side:

Next, I needed to set up a web server that would get the HTTP POST from Github whenever I push changes. Here your configuration will depend on hosting you have, but Opalstack for example has simple installation of a Node.js application. I usually disable the automatic restarting (crontab -e etc.), use ./stop script and run my server manually for a while to see everything works, before restoring the crontab.

If you choose to forego Github webhook security mechanisms, the code is really simple, but in that case, anyone knowing the addess of your server can flood you with fake push requests. So let's take the high road and use this gist to verify Github hooks! I chose to use Polka so I needed to modify the headers part of the code just a bit:

For some reason, my particular configuration had the Github authorization header in req.headers['x-hub-signature-256'] instead of the capitalized X-Hub-Signature-256. Go figure.

I’ve been occasionally doing backups of critical files to an external hard drive (in addition to cloud of course :). However, my nice portable drive was only 500 GB and lately I’ve pushed over 600 GB with my Nikon D7200 RAW files. Time for a new drive! Instead of boring mechanical, I noticed that the very nice NVME SSD with Adata XPG SX8200 Pro with 1 TB capacity was available nearby for just 140€ (ca. $150)!

Commercial alternatives like Samsung T5 cost around 230€ here, so I thought I’d get one of those M.2 enclosures. Unfortunately, the ones with NVME support started from 50€ up in Finnish web stores.

Ugreen to the rescue

When you have something like M.2 enclosure, you know every manufacturer actually puts Chinese electronics inside. Thus, AliExpress seemed like an obvious destination to check out. I’m bit doubtful to order actual NVME drive (there were some cheap flash drives in the past that did not actually have the reported capacity), the enclosure should be fine.

Enter Ugreen, my favorite in AliExpress store. I’ve purchased several chargers from them, many having QuickCharge functionality, and the packaging, quality and everything are always top notch. Therefore I was more than happy to find a range of NVME enclosures from them for just $15-30: 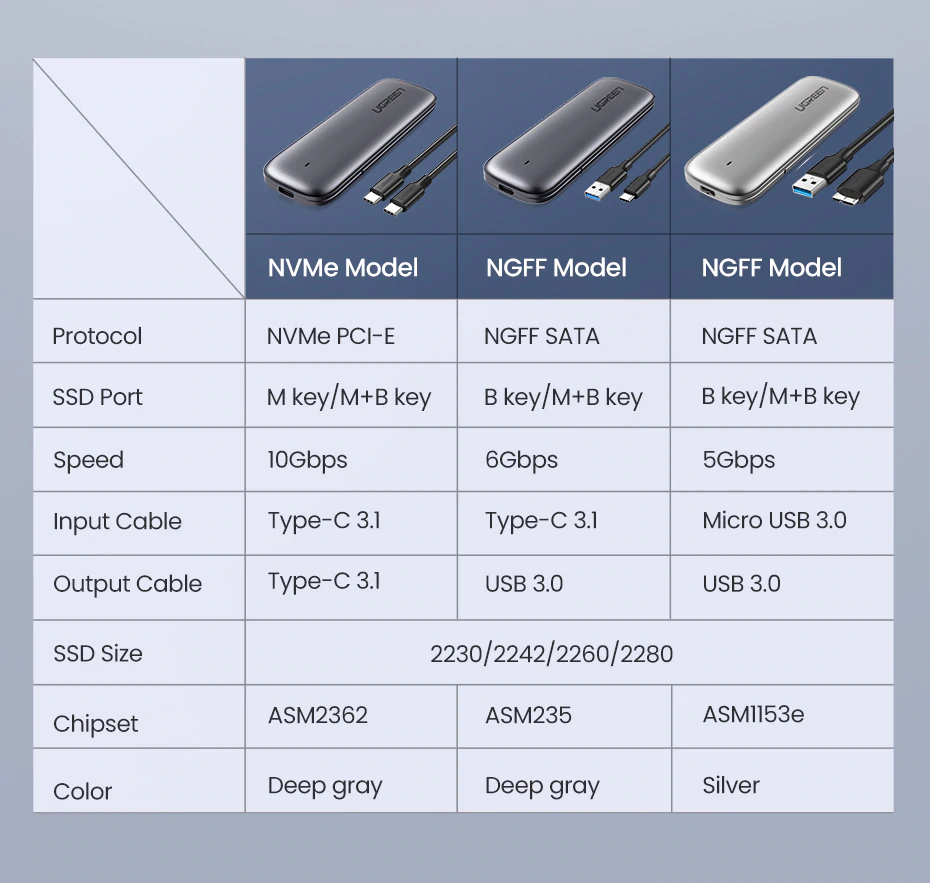 Time to order one! Fast forward 2½ weeks of anxious wait…

I got the NVME model which promised up to 10 Gbit/s data rates, and chose the option with extra USB cable as I don’t have USB-C ports on my MB. The package arrived a bit faster than the promised 21-25 days. See the gallery below for glorious images of various stages of setup.

Just a quick update this time: A long while ago I made a post about using Adafruit Trinket without Arduino and later converted that into a TrinketMIDI Github repository for making a MIDI device with ATtiny:

Now thanks to a contribution by Gerhard Zintel, there is now also a MIDI volume device sample code in the repo. If you want to make a MIDI volume controller, it should be pretty easy with the code as well. Enjoy!

Note: The keyboard and keycaps in this article are bought by me and not a review sample. I have, however worked with KeyboardCo in the past and like them a lot in general. But just so you know!

A new keyboard in the house! Namely the Filco Majestouch-2 TK (MX Blue) Always an exciting happening in the family. After typing happily for a couple of years with superbly compact and slim Apple Magic Keyboard (works fine with Windows btw.) at home, and with my Topre Realforce 88UB at work, I thought it would be fun to get a keyboard with the classic clickly MX blues.

My main reason to get Cherries apart from the amazing blue clicky sound is the fact that one can get a wide selection of custom keycaps, very much unlike the Topre ones where you’re pretty much stuck with the keys they came with, or maybe some with Japanese characters.

After some consultation in Geekhack, I decided that out of the options I had available (in Finland pretty much zero apart from some gaming keyboards), Filco would be a good choice. Knowing they stock it, I headed straight to The Keyboard Company  website and after some deliberation opted for one in Scandinavian layout — easier to swap here in Finland if I want to switch again. The Filcos are in no way inexpensive, but knowing the amount of time I spend typing, I considered the hourly cost to be quite reasonable.

The delivery from KeyboardCo arrived promptly as always, and I decided to shoot a classic unboxing video. Notice the great “Code and Life” logo in the thumbnail! There are no audio comments in the video, but you can hear the clickies quite well.

As an “out of the box” experience, here are my major plusses and minuses list: